Microsoft OneDrive for Business – should you consider it? 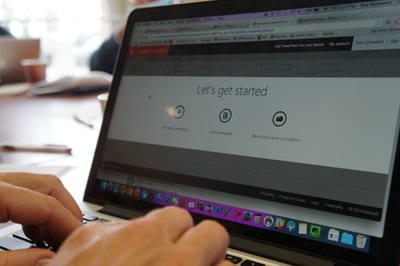 The short answer is… yes, you should consider Microsoft OneDrive for Business.

The most important feature is being able to share your file and collaborate with other people within your organization or partners outside the organization. Then there is the sync application that enables you to replicate a copy of your files at your local drive and edit either the local or the cloud copy. Learn more about: OneDrive Backup.

Google Drive, which is integrated in Google Apps, is a similar service to OneDrive for Business, but be aware that Google’s user agreement states that they have the right to scan all your content and sell information about you to anyone. They also reserve the right to create derivative works based on files or documents you put in Google Drive. Another downside to Google Drive is that some formatting and functionality might be lost when converting from standard Microsoft Office formats to internal Google Drive formats.

While Microsoft web applications and the SharePoint framework provide much more wealth of features and depth of capabilities compared to working with Google Apps Drive documents, some might still prefer Google’s more simplified user experience.

When it comes to choosing one of the above leading document sharing services, different organizations will reach different conclusions, however it is clear that Microsoft OneDrive for Business is a strong competitor that should be considered as a viable option.

At CloudAlly we offer the ability to archive your OneDrive for Business data and restore the archived data from any point in time. Sign up for a free trial at CloudAlly and activate a backup task with just a few clicks.