MHI uses CloudAlly Office 365 backup solution to secure data and enable a restore from any point-in-time.

McGuyer Home Builders, Inc. is a privately held Texas homebuilder that is consistently recognized as one of the nation’s top homebuilders.

MHI builds in the four major Texas markets – Houston, Dallas-Fort Worth, Austin and San Antonio – offering award-winning designs under its signature brands – Coventry Homes, Plantation Homes, and Wilshire Homes. While each brand has a distinct identity, all share MHI’s standard of innovative design and energy-efficient construction resulting in a home for generations.

Since its founding in 1988, MHI has built more than 50,000 homes for Texas familiesand holds a 98 percent customer recommendation rating by exceeding customer expectations through quality service, construction and value. In 2019, MHI was ranked as the 33rd largest homebuilder in the nation as ranked by Builder Magazine.

MHI experienced no accidental data loss incidents which preempted cloud backup, but rather took upon themselves to safeguard exactly against such occurrences. The Network Administrator in charge of keeping data available for all end users, enabled a point-in-time restore capability, by backing up with CloudAlly Office 365 backup Solution.

MHI also decided to backup the upper executive team, as they rely heavily on email and it was well worth spending on an additional backup for Microsoft Office 365.

The MHI IT team found that they did not need to use CloudAlly customer support to on-board, and backup Microsoft Office 365, because the solution was so simple and straightforward to use.  “We haven’t really had any experience with customer service yet – because the product is so easy to use we haven’t needed them. We also have not had any problems requiring customer support.” David O’Neal – Network Admin.

CloudAlly Backup is VERY Easy to Setup and Use.

MHI found CloudAlly solution to use extremely easy and simple. The network admin conducted a restore in order to check and validate that the solution works as he expected.

You can easily and securely backup Office 365 Exchange, SharePoint and OneDrive. Try our Free Trial 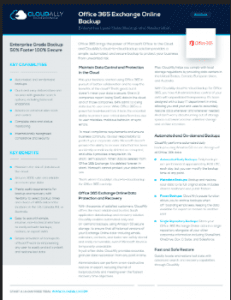 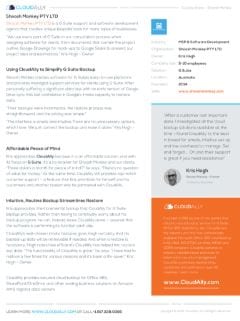 Got 100+ Accounts to backup? We have a special offer for Enterprise Level Pricing. Also, Education and Non-Profit Discounts available.